Come join us as we celebrate!

Girl Scouts in the Heart of Pennsylvania

The Country Club of York

We will recognize four outstanding women in our region, who are champions in leadership and an inspiration to girls and women.  Our honorees epitomize one of the four pillars of the Girl Scout Leadership Experience (GSLE) and appreciate the mission of Girl Scouts.

The Women of Distinction celebration will include a reception featuring a large silent auction, a seated dinner program, an exciting live auction and many other special surprises!

Betsy oversees the overall direction of Duck Donuts and leads the development of the company’s long- and short-term goals and strategic initiatives. She is committed to building and protecting the 100+ unit growing franchise brand by generating awareness and driving revenue. Betsy joined Duck Donuts with 15 years’ experience in marketing for Hershey Entertainment & Resorts. Betsy serves on the Board of Directors for The Salvation Army Harrisburg Capital City Region, Harrisburg’s Capital Region Economic Development Corporation and Central Penn College.

Kim was the Senior Anchor and most tenured employee at WGAL-8 until her retirement in November of 2021.  In 1979, she was hired by WGAL, and after nine months as a reporter and Morning News Anchor she was named the first WGAL co-host of the nationally syndicated show, PM Magazine. In 1985, Kim was named as Co-Anchor for the number one rated News 8 at 6. Kim has been awarded a dozen Mid-Atlantic Emmy Awards including Best Host and was named to the prestigious Silver Circle Society of Emmy award winning journalists. She is an active voice for families struggling through dementia.

Dr. Gunter-Smith began serving as President of York College in 2013. She previously served as Drew University’s Provost and Academic Vice President and as the Porter Professor of Physiology at Spelman College. Currently, she is President of the William Townsend Porter Foundation, serves on the Central Region Board of Directors of WellSpan, the York County Industrial Development Authority, the Association of Independent Colleges and Universities of Pennsylvania Board and the Board of Directors of the National Association of Independent Colleges and Universities

Shannon most recently served as Executive Director of Chesapeake Bay Foundation’s Pennsylvania office in 2020. She has years of experience working for clean water in Pennsylvania, and serves as a consultant to both government and private industry. She was also the first Chief Executive Officer of Capital Region Water, the mission-driven water utility borne from the failing City-controlled Harrisburg Authority where she served as Engineering Director. She is a graduate of Juniata College and Penn State University with degrees in Civil and Environmental Engineering. She hails from the Altoona area on the western edge of the Pennsylvania portion of the Bay watershed. Shannon resides steps away from the Susquehanna River in Harrisburg where she enjoys boating with her daughter. 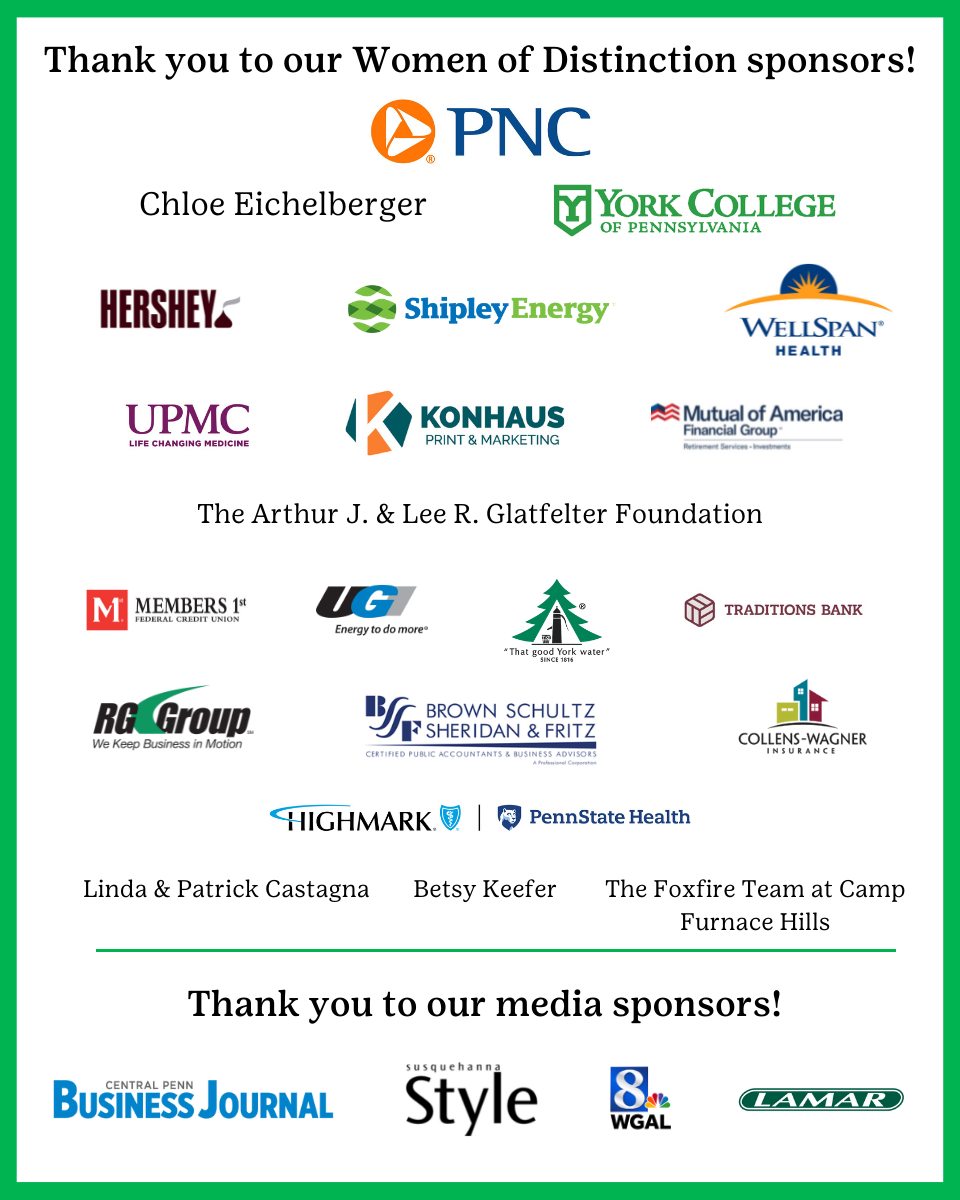 For information about sponsorships or other Women of Distinction event details, contact Jackie Stem 717.433.7935 or development@gshpa.org.